Using satellites to save lives at sea Imagine that you are lost in the middle of the ocean, two hundred miles away from the closest shoreline. An unexpected violent storm has destroyed your 12m sailing vessel and you are drifting in a small auxiliary boat. Or maybe you were out fishing with a 7m boat zodiac and the engine suddenly stops working.

Imagine a small boat, no bigger than 10 m long, trying to cross the Mediterranean Sea with 65 people on board, the night falls and the person managing the tiller misses the desired course and the precarious overloaded boat gets lost.
The sea can be a very hostile place. A place where things happen quickly, and search and rescue operations are typically highly demanding and complex.. These are a few examples of what we had to face on a daily basis working for the Spanish Coast Guard. Search and Rescue, together with oil pollution monitoring, was our main role while flying on one of the three CASA CN-235 aircraft for the Spanish Government. These aircraft were fully equipped with a remote sensing mission system, a system of specialised equipment that enables the process of monitoring and detecting the physical characteristics of an area by measuring its reflected and emitted radiation at a distance, typically from aircraft or satellite. Among other sensors, we counted on the help of a maritime surveillance radar.

Properly operated, this tool enables the detection of a 10m vessel up to 30 miles away from the aircraft. The ability to detect a small ship at sea usually depends on the experience of the operator -something proven to be crucial-, the state of the sea, the altitude of the observation platform and a parameter related to the characteristics of the target, called radar cross section or RCS. Could everyday tragedies be handled better?

Unbelievable as it may seem, international standard procedures for Search and Rescue operations at sea are still based on the IAMSAR manual, adopted in 1999. Although, it is a really comprehensive document where all the best practices and protocols are set down, there are no standards for electronic search. It means that the areas and search patterns are designed as if the only sensors onboard the aircraft are the eyes of the crew, even if the aerial unit has a search and rescue radar, as was the case of the Spanish Coast Guard.

There were situations where, even having the capacity to detect a target beyond 20 nautical miles, we had to perform a search pattern based on visual surveillance criteria, as there was reduced visibility for human eyes, such as fog or haze. It took more than 5 years of hard work to develop our own “best practices” for electronic search, that reduced the detection time from dozens of hours and even days, to an average of two hours.

Electronic search from aerial assets -aircrafts or drones- has been proven to be the most accurate and successful way to detect vessels in distress at sea. Nonetheless, maritime operations are always very complex and expensive, so exploring new technologies is always a good idea to optimise results and prevent everyday tragedies at sea.

The power of space technology

All in all, since the very foundation of Orbital EOS, we have not stopped thinking of ways to improve the detection of ships in distress using satellites. Is it possible indeed, to detect a small vessel in the vastness of the ocean using satellite imagery analytics?

As artificial targets, these vessels generate a stronger reflection than the surrounding water, enabling radar sensors onboard satellites to be potentially used as a detection tool. Synthetic Aperture Radar (SAR) is the predominant sensor in this field, having been used extensively in maritime surveillance since the 90´s. Popular SAR sensors such as Radarsat-2 or Sentinel 1 might offer a spatial resolution of 3-5m in their most detailed mode. Although, campaigns developed by JRC showed a low probability in the detection of small vessels, some authors support the possibility of detecting ships smaller than 20m using Radarsat-2 or Sentinel-1.

The constellation formed by TerraSAR-X, TanDEM-X and PAZ can deliver images of 1m resolution, enabling better accuracy in detecting smaller targets. Peter Lanz et al. (2020) demonstrated good results using a 12m rubber boat with people on board under favorable weather conditions. Ships over a certain tonnage are required to carry an AIS (Automatic Identification System) transponder, which makes the filtering of targets easier. An additional AIS sensor installed onboard the PAZ satellite turns this asset into a very interesting tool for Search and Rescue operations, as ships, big or small, can be identified by their radio signals, which highlights those that do not carry AIS. Time is of the essence

There is another major issue to take into account to make this concept work. In a real emergency scenario, how fast and how frequently can one get images over a desired location, and when is this information going to be available?
Unfortunately, satellite imagery supply chain is quite complex, and concepts such as satellite tasking, orbital mechanics, image acquisition mode, incidence angle, polarisation, ground station communications, image pre-processing, data format and data analytics have to be properly handled to achieve an agile and actionable response. Latency, the time between the satellite taking the image and the delivery of this image to the analyst, is the main drawback when considering incorporating this approach in real time Search and Rescue operations, although satellite support in longer missions makes much sense in our opinion.

Providing we count on three satellites, it will not be easy to acquire an image for a desired location earlier than 24 hours after the first emergency warning was received. Is this information delivered early enough to provide value during the search of a missing vessel? Well, that depends on the context, as some operations may last for days or even weeks. And in real time search and rescue operations, context is everything.

Regardless of our view on this issue, there is a universal truth that also applies to technology: all things evolve. It may become a reality in four months or even in three years, but ignoring the capacity for detecting ships in distress from space would be ignoring the fact that space is becoming democratised and accessible to a broader audience. Frequent monitoring and agile tasking is essential, and here is where companies like Capella Space, IceEye or Umbra bring new concepts that might enable satellite data analytics to be used in Search and Rescue operations.

Will the combination of sub-metric spatial resolution, multiple observation platforms, ultra-rapid tasking capabilities and low delivery timelines promote the use of satellites by Coast Guards? It seems that the future is promising, however domain expertise and the capacity of analysing the data rapidly and accurately will play a key role in the success of this approach. As in many other fields, it is not the data, but the relevant information extracted from it that brings clarity and effective decision making, that ultimately saves lives.

Having been involved in many operations at sea, I am aware that the human element is crucial for the success of a mission. In the end, it is all about the preservation of human life at sea. And when lives are at risk, the human will to solve an emergency situation is more important than the technology. 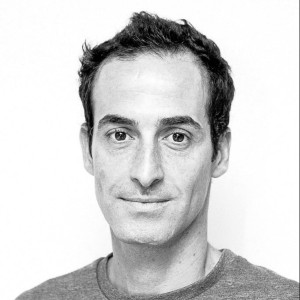