What is Earth Observation?

Earth observation is one of the main sectors of the Space industry. The satellites dedicated to this field represent more than one third of the current operational satellites, most of them dedicated to Earth Sciences. This industry is seeing a rapid growth, as global environmental concerns are now representing major threats to humanity. The use of satellite data to monitor Earth’s climate and environmental patterns could become instrumental to help us be more prepared for the decisions that will determine our future.

This technology has changed the way we see our planet. Many of you may remember the “Earth rise” picture of the blue Earth taken from the Moon by the Apollo 8 astronauts, as the first time the Earth was captured in a frame. Two years earlier Lunar Orbiter 1 had already taken a similar picture, but this time it was not in colour.

However, even the picture from Lunar Orbiter 1 is not the first evidence of Earth Observation. Previously, in 1964, NASA launched the first Earth Observation program with the Nimbus satellites which looked down on Earth and transmitted images of infrared, microwave, and optical data. 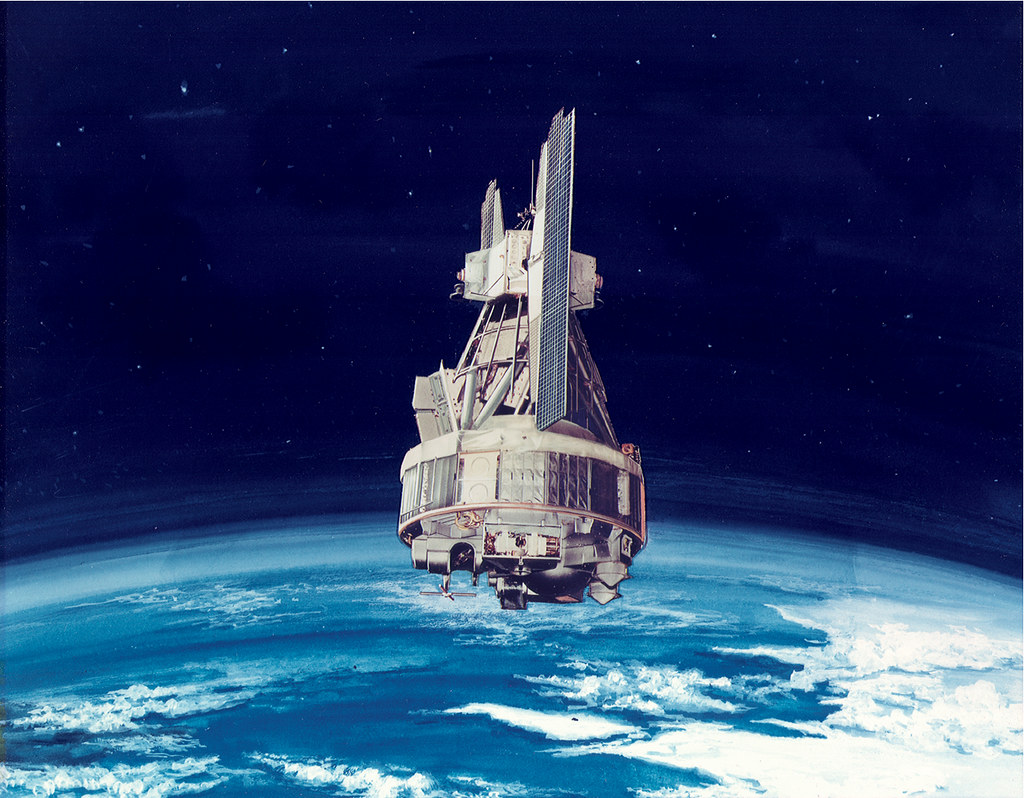 Due to the increasing awareness of the impact of our current climate crisis on the economy, society and the environment, the Earth Observation business is expected to experience a significant growth over the next decade. Earth Observation satellites are extremely valuable as they can provide real time global coverage with high resolution imaging. Moreover, they can provide precise and inexpensive data on a much smaller scale, measuring features previously inaccessible. This can include the behaviour of our oceans, forests, and deserts. This market is opening up opportunities for many actors in the sector, from satellite manufacturers, to those who launch them into orbit, as well as those in charge of downlinking, processing, and analysing the data. This opens up a world of possibilities to companies that have the ability to use the data to help solving crucial issues of today. Yet the succes of these solutions is highly dependant on domain expertise. Technology has to be driven by user needs, not the other way around. There are multiple ways to observe the Earth. This can be done, from different heights, and applied to different regions of interest, as well as using different imaging technologies, such as field observation, towers, aerial data, and satellites. By combining several of these technologies it is possible to obtain much more accurate measurement results. To calibrate satellite measurements the technology must first be operated over testing sites in different seasons throughout the year. This way it is possible to develop new models to interpret measurements, validate them and even test them in a wide range of conditions with independent data. For a successful measurement of the area of interest it is necessary to measure it regularly over a period of time in order to obtain a better and more accurate understanding of the nature of the region.

The different remote sensing techniques that can be used for Earth Observation can be classified into two different types, passive and active methods. The passive method receives electromagnetic radiation that is reflected or emitted from the surface of the Earth. Some examples of this technology are near infrared (Sentinel 2), optical (Sentinel 2), and thermal (Sentinel 3). Active remote sensing systems do not depend on the Sun’s electromagnetic radiation or the thermal properties of the Earth. Instead, active sensors emit their own electromagnetic energy that it is then transmitted from the sensor toward the terrain, interacting with the terrain itself and producing a scattering of energy, which is then recorded by the receiver. Some examples of this technology include radar (Sentinel 1) and lidar (Aeolus). In the following images you can see the comparison of different Earth Observation technologies.

From all the diverse and complex elements, in different states (liquid, gas and solid), that make up our planets we have the technology to monitor most of them. Any orbiting satellite used for observation can be used to observe a wide range of these elements. Such as oceans (surface temperature, waves, coastal monitoring, algae blooming, sediment, plastic pollution and oil spills), atmosphere (vertical profiles of temperature, humidity, wind, mixing, clouds, pollutants), land (vegetation, hydrology, soils, land use, topography, wildfires) and cryosphere (snow, ice depth, cover, age). And it is through the study of all of them that we can offer an opportunity to contribute towards the scientific understanding, global awareness on the environment and solve the most challenging issues.